Nestled in the Aegean sea southeast of Athens lies the island of Mykonos, one of the most popular destinations in Greece and a favourite of the Cyclades. With its dry, windy climate, sandy beaches and world famous nightlife, you could spend a week on the island and still not experience all it has to offer. Despite its small size, Mykonos has a myriad of sites to explore including the many restaurants, clubs and beaches in Mykonos town and along the southern coast. The island is a great holiday destination for anyone who enjoys the sun, sea and vibrancy that it brings, including solo travellers, couples and the LBGTQ community. Here are ten reasons to visit Mykonos and the best things to see and do on the island. From taste-testing local delicacies, enjoying a cocktail overlooking Mykonos Town or shopping in the maze-like streets of Old Town, there is something for everyone. 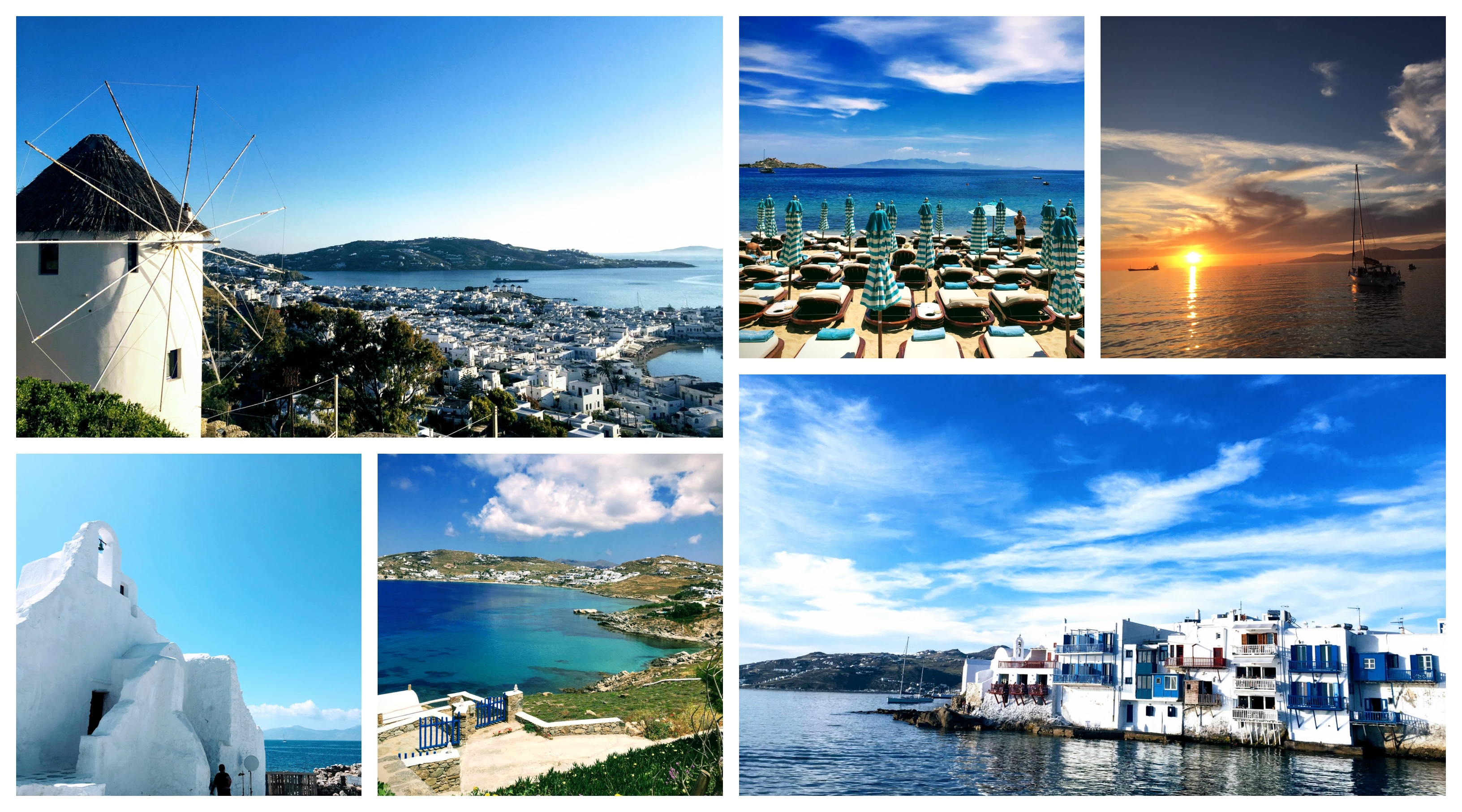 Little Venice
Resting on the edge of the bay in Mykonos Town, this colourful line of waterfront bars and restaurants is a must-see for all visitors to the island. Named after the Italian city, it has a variety of places to eat, drink and soak up the views of the Windmills located just opposite and the sun as it sets. Many of the cafes and bars transform into nightclubs after dark, including Caprice Bar Mykonos and Scarpa Bar, the latter known for its outstanding, colourful cocktails.

Windmills in Chora
Originally built by the Venetians in the 16th century, only 16 of the iconic windmills remain on the island. Historically they were used to mill wheat, however now they stand as a symbol of the island’s history with several taking prime position overlooking the sea on a hill in Mykonos Town.

Armenistis Lighthouse
Armenistis Lighthouse, also referred to as Faros Lighthouse, is located at the Northwestern tip of the island and has stunning views over the neighbouring island of Tinos and the incredibly blue sea below. Travellers can access the lighthouse by car or taxi and can make their way to its base by walking along a safe yet unpaved path. There are steep cliffs on all sides surrounding the lighthouse and the panoramic views are spectacular. 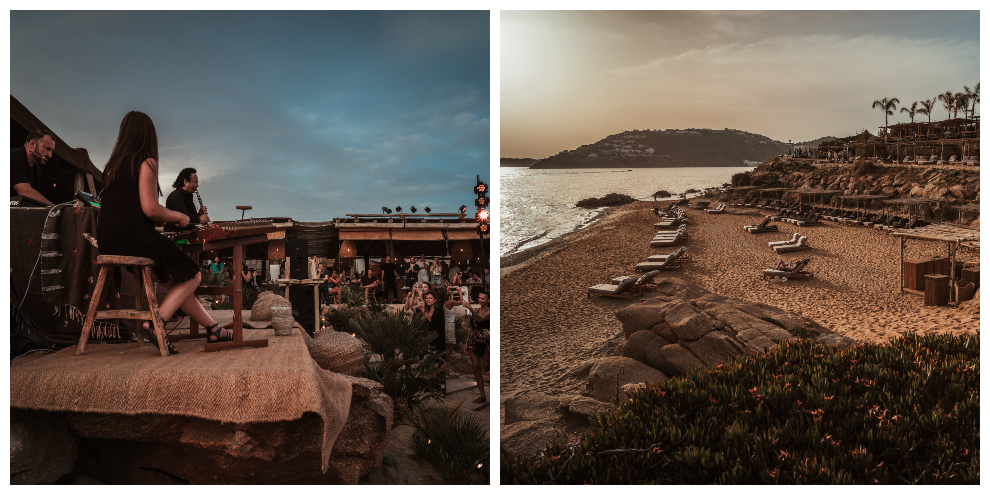 Shopping
Exploring the maze-like shopping streets of Old Town is an adventure in and of itself. With an abundance of shops to select from, covering fashion brands, jewellery, souvenirs, bookshops, boutiques, beauty shops and local bakeries, visitors could literally spend days exploring. A trip to Mykonos Town is not complete without a visit to Gioras Wood Medieval Mykonian Bakery which has been a working bakery since 1420. If you visit, we recommend trying the cheese pie – it’s delicious!

Nammos Village
Mykonos’ answer to Rodeo Drive, the Nammos Village outdoor shopping area (as well as beach bar and restaurant) will appeal to travellers not on a tight budget. Visitors will find high end brands such as Dior, Louis Vuitton and Oscar de la Renta in the impressive outdoor shopping area as well as a well-equipped, shaded children’s play area and restaurants. There is a beach bar and more restaurants along the seafront with many sun beds for visitors to enjoy, at a cost of course.

Bars & Beach Clubs
A trip to Mykonos is not the same without a visit to one of its well-known beach bars or nightclubs. Scattered along the south coast of the island are some of the most popular beach clubs. These include Super Paradise Beach club, Tropicana Beach bar and Scorpios which has multi-levels of entertaining space including a cozy beach bar and indoor/outdoor dance floor. Overlooking Mykonos Town, 180 Sunset Bar has panoramic sea views and is a perfect place to see the most mesmerising sunsets perched high above the sea, sipping a cocktail or two. In need of a little celeb spotting? You could spend a night at Lindsay Lohan’s Beach House Mykonos located in Alimos. 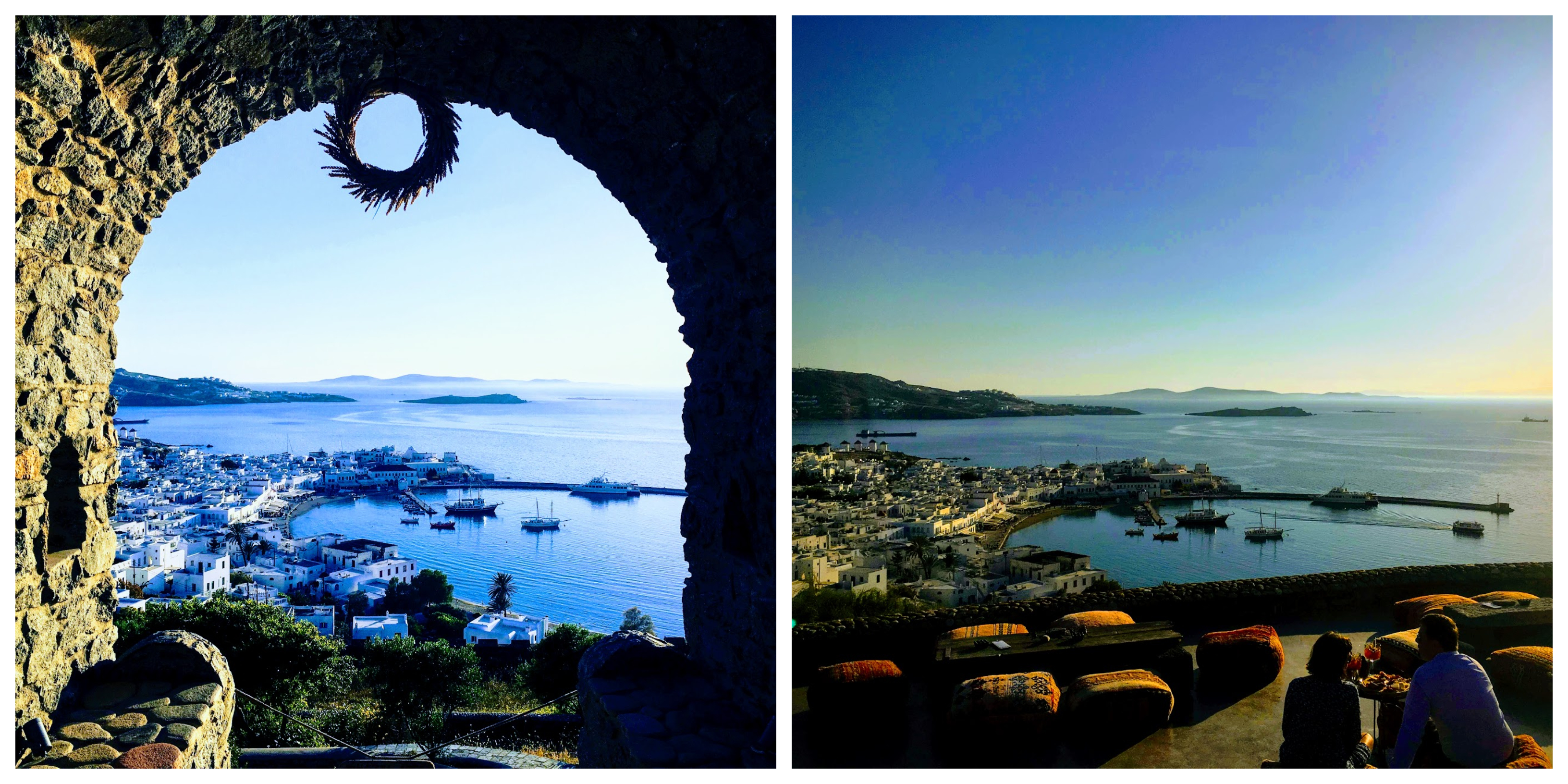 The Churches of Mykonos
The first thing visitors to the island will notice is the shear number of chapels and churches to be found. Historically the many tiny chapels were built as shrines for families living in homes nearby and their dearly departed. The most famous, and the largest church on the island, is Paraportiani Orthodox Church. Located on the waterfront near Little Venice and with its construction completed in the 17th century, this church is actually made up of 5 smaller churches. With its trademark Mykonian white washed exterior, the structure stands out on along the seafront.

Day Trip to Delos
Delos is known as one of the archaeological centres of Greece with its excavations as the most extensive in the region. Many of the artefacts found on Delos are now on display at the National Archaeological Museum of Athens and the island is said to be the birthplace of Apollo, the God of music and art. Visitors to Mykonos can take a short boat ride to this magnificent neighbouring island to see the ruins in person. Boats from the Old Port run several times a day with the last boat departing Mykonos at 17:00.

Old Port
Dotted along the Old Port in Mykonos visitors will find a lovely selection of restaurants and cafes as well as the jumping off point for day trips to Delos. Here visitors will also find the Town Hall which was originally built in 1785 and was the primary residence for Russian Count Ivan Voinovich during the Russo-Turkish war. Next door to the Town Hall is also the original chapel built by Voinovich.

Boat tours and yacht charters
One of the most memorable ways to see Mykonos is by sea and what better way than to charter a yacht to do so? There are many companies on the island offering boat tours and yacht charters for a variety of budgets. Most boat excursions begin at the New Port and make their way past Little Venice and the Windmills making it the perfect way to capture the impressive sites up close and personal.

Where to stay on Mykonos: 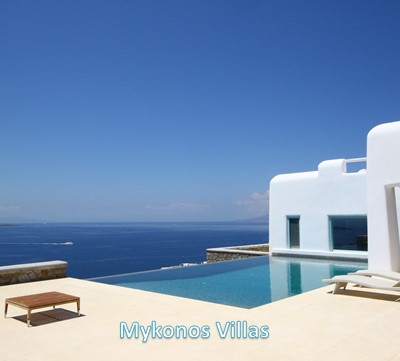 DUE SOUTH…IN MONTENEGRO BY Julia Berg